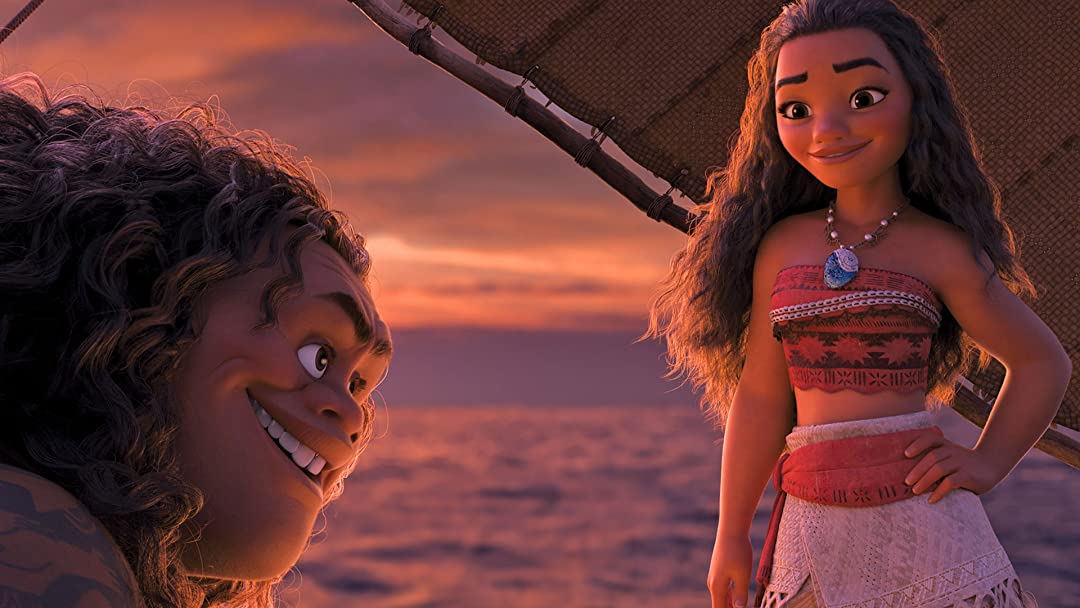 Moana Story: Maui, a demigod, steals the cornerstone of all creation: the heart of Te Fiti, resulting in the slow destruction of the ancient Polynesian islands. Moana, an island chieftain’s daughter, must find Maui and set things right.
Moana Review: “When you write using a bird’s beak, it’s called tweeting,” declares Maui - an ancient demigod who has no business referencing Twitter. His charm is lost on Moana, but in this moment, you realize the kind of goofiness you’re in for.
VIDEOS
Moana: Trailer
Moana: Trailer

PHOTOS
The story comes from a Polynesian myth. Goddess Te Fiti creates all life and takes the form of an island. Maui (Dwayne Johnson), a shapeshifting hero, then steals her heart (a piece of glowing rock), bringing a curse upon all the surrounding islands. In the process, he also loses his magical fish hook and is rendered superpower-less. Moana (Auli’i Cravalho), the princess of one such affected island, is chosen by the ocean to find Maui and restore the heart of Te Fiti.
On paper, Moana is a quintessential Disney story: there’s an aspirational princess; a flawed hero, quirky comic reliefs (a senile grandma, a brainless chicken); the promise of a happy ending and most importantly, the golden message of chasing what your heart desires.
It’s a narrative triumph, which is ironic, because the central idea itself is unoriginal to the core. One can’t help but wonder: will we ever experience journey-away-from-home-to-find-metaphorical-treasures fatigue in animated films? You find big spoonfuls or tiny traces of it in almost all modern animation classics from Finding Nemo to Up to Inside Out, and Moana makes no efforts to take any detours.
However, the movie chugs along with breathtaking animation, adorable interactions between the strong-willed girl and the hilariously self-obsessed demigod, and songs that make you shimmy involuntarily. There’s even a Mad Max: Fury Road-inspired battle scene.
Moana literally means ‘the ocean’ and as the heroine conquers her namesake, she also conquers your heart. You won’t regret setting sail and voyaging with her.